Reggiana cattle was first reported to be farmed in the areas of Parma and Reggio Emilia by monks around year 1000. The breed was the most important cattle in these areas in 1809, and was presented at the Vienna Expo in 1873. Pedigree registration started in the fifties and breed standards were published in 1953. In 1986 the national Herd-book was created.

In the last century, population size increased to 41,000 cows around 1950. From early fifties the substitution process with Brown Alpine and Holstein cattle started; in 1970 population dropped to 8,000 cows and in 1981 reached the minimum of 450 cows. From late '80, linked to conservation activities including the production of a specific parmigiano reggiano cheese made with Reggiana milk, we observe a positive demographic trend (Figure 1). 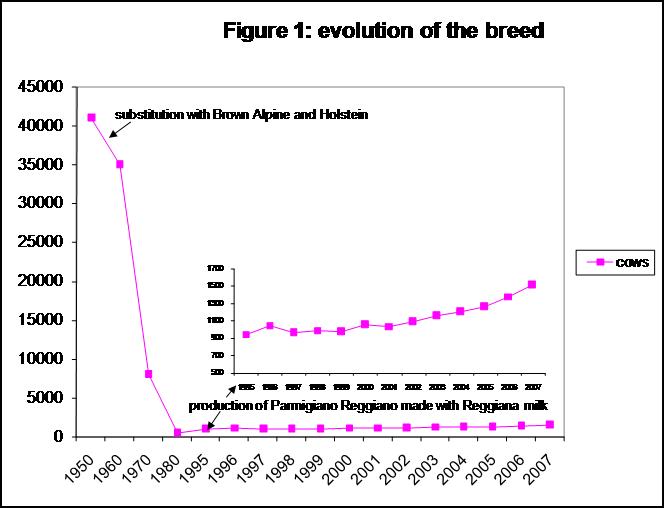 Figure 1. Evolution of the breed